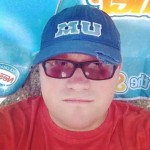 We are pleased to announce that the City Of Plymouth Band will be returning to the Teignmouth Folk Festival in 2018. Here are some details on the band: The band was formed in 1975 by a former member of the Argyll and Sutherland Highlanders and was known as the Plymouth Argyll Pipe Band. The band later became Argyll and Sutherland Highlanders Regimental Association Pipes and Drums, and 1985 changed its name to now know City of Plymouth Pipe Band and is honoured to have the Lord Mayor of Plymouth as Patron. The Band is also honoured to be affiliated to 29 Commando Regiment Royal Artillery END_OF_DOCUMENT_TOKEN_TO_BE_REPLACED As the Teignmouth Folk Festival gets ready for another year, we are busy working on a new website.   END_OF_DOCUMENT_TOKEN_TO_BE_REPLACED