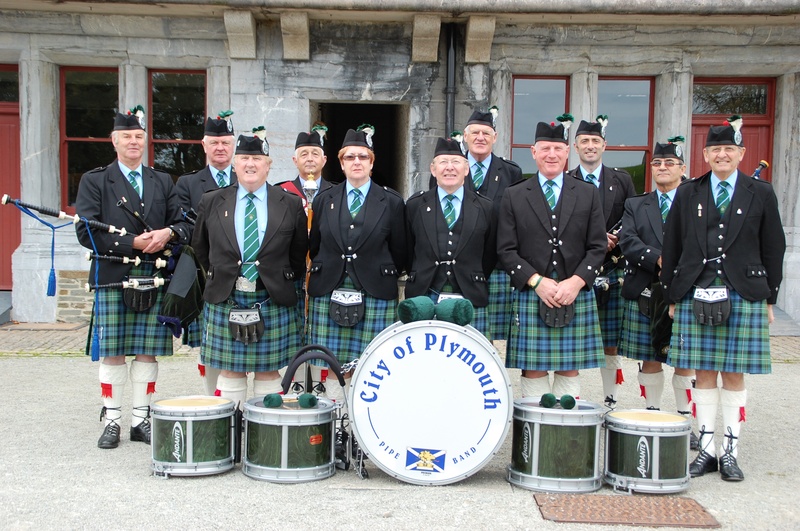 The band was formed in 1975 by a former member of the Argyll and Sutherland Highlanders and was known as the Plymouth Argyll Pipe Band. The band later became Argyll and Sutherland Highlanders Regimental Association Pipes and Drums, and 1985 changed its name to now know City of Plymouth Pipe Band and is honoured to have the Lord Mayor of Plymouth as Patron. The Band is also honoured to be affiliated to 29 Commando Regiment Royal Artillery based at the Royal Citadel.

The band performs at many displays, carnivals and ceremonial events all over the Westcountry including the Plymouth Lord Mayor’s Parade and various shows in Plymouth theatres, the Plymouth Pavilions and the Royal Citadel. The band has also performed at social functions at HM Naval Base Devonport.

In recent years the band has made a number of successful trips to Scotland and France and members have travelled to events in Germany and the West Indies. In 2004 the band represented Plymouth at Europe’s largest maritime event Brest 2004. The band joined 10,000 pipers and drummers for a great “Pipefest” parade in Edinburgh in August 2005 in aid of Marie Curie Cancer Care.